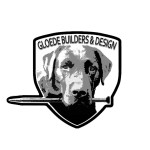 By 2001, he was ready to transition his business away from commercial and residential construction into more specialized cabinetry and woodworking projects, and this was when he started Gloede Builders & Design, formerly TAD Millworks Company, alongside his wife, Teresa Gloede.  This business was more suited to his personal talents because it allowed him the freedom to design and END_OF_DOCUMENT_TOKEN_TO_BE_REPLACED